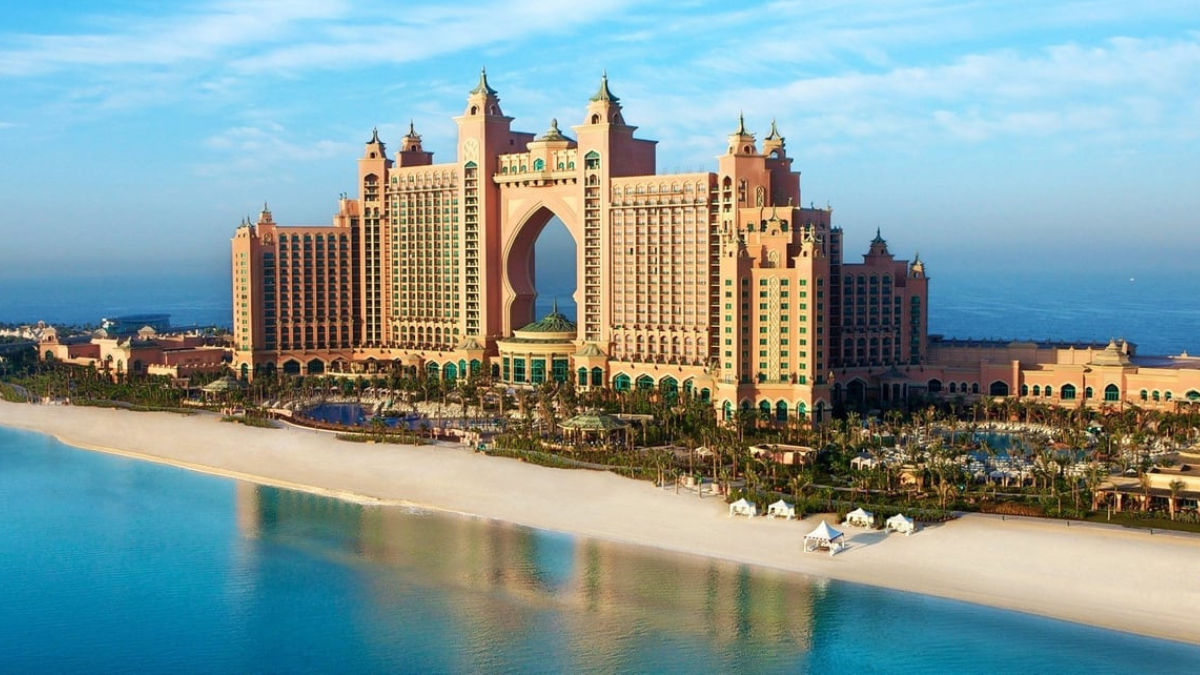 Here are 3 Off-the-Beaten-Path Destinations you must visit in 2023!

Abu Dhabi is a fascinating land of contrasts.

In the bustling metropolitan city of Abu Dhabi, you will find leading entertainment destinations like Yas Island Abu Dhabi with its three world-class theme parks, an indoor sky-diving and wall-climbing facility, a car racing circuit, and the United Arab Emirate’s largest multi-purpose indoor arena. There’s also the majestic Emirates Palace on West – Corniche Rd and the architectural marvel of the Louvre Abu Dhabi on Saadiyat Island.

However, the next time you visit Abu Dhabi, scratch below the surface and go beyond its mainstream attractions. Abu Dhabi can give you so much more, like these off-the-beaten-path destinations in Al Dhafra, the emirate’s Western Region.

How about an animal safari?

Sir Bani Yas Island is the largest natural island in Abu Dhabi. It used to be the private island of the late Sheikh Zayed bin Sultan Al Nahyan, the founder of the UAE, but it has since become accessible to the public.

Comprising more than half of the island, the Arabian Wildlife Park is Sir Bani Yas Island’s main attraction. It is not a zoo but a conservation haven.

Sir Bani Yas Island is a bird and wildlife sanctuary and home to millions of plants and trees. Conservation work on the island started in the 1970s. Now, it has more than 17,000 animals, including Arabian mountain gazelles, cheetahs, Arabian oryxes, giraffes, deer, and ostriches — all roaming unencumbered in the Arabian Wildlife Park.

You can walk or ride your bike. View the animals up close but safely through the convenient viewing platforms or decks. However, if you want to see the animals in their natural habitat, you can go on an actual animal safari.

There are tour companies that offer safari tour packages. The Desert Islands Resort and Spa by Anantara, a hotel on Sir Bani Yas Island, and the Danat Resort Jebel Dhanna, a hotel located on the mainland, also offer animal safari tours.

Tip: Visit the park early in the day when animals are not sheltering from the heat. It will be cooler for you, too.

Other Things to Do

Aside from taking a stroll in the nature park, you can stay on the island for rest and relaxation. The island has three hotels: Desert Islands Resort and Spa, Al Yamm Villa Resort, and Al Sahel Villa Resort (all Anantara properties).

You can also visit archaeological sites. You can check out the remnants of a trading post that goes back to the Bronze Age and the ruins of a 1,400-year-old Christian church and monastery.

You can also get an air taxi at Abu Dhabi International Airport as Sir Bani Yas Island has an airport.

Imagine gazing at the stars from the great emptiness of the Arabian desert. How about waiting for sunset and watching as the sun sets the sand dunes ablaze?

Southwest of the Abu Dhabi capital city, in the Western Region, is the UAE portion of the world’s largest sand desert, the Rub’ al Khali or the Empty Quarter.

If you want the full desert experience, book a stay at one of the hotels at the edge of the desert. One such hotel is the Qasr Al Sarab Desert Resort by Anantara.

You should venture out into the desert, too. Book a night at one of the 10 stand-alone pool villas at Royal Pavilion Villas, which you can reach via a helicopter ride or a camel procession from the main resort. Another night, you can go to the resort’s Camp Nujum for a campfire BBQ dinner and some entertainment.

The following are some other desert experiences you can enjoy:

Book your stay in the hotel, and it should be able to arrange your transportation. The Qasr Al Sarab Resort is two hours and 15 minutes south of Abu Dhabi International Airport.

Want to learn about Abu Dhabi’s Bedouin culture? Make time for an excursion to the Liwa Oasis.

The Liwa Oasis is over 113 kilometres long and located at the northern edge of the UAE’s Empty Quarter. It is the Bedouin’s ancestral home in Abu Dhabi, particularly the Bani Yas tribe.

This is a must-see. These forts are part of the Bedouin culture, a strong show of force and the tribes’ commitment to protecting their territory against invaders.

The forts have round watchtowers and walls at least three metres tall. Equipped with gun holes at regular intervals, they let defenders shoot at their enemies without exposing themselves to oncoming hordes. Yes, they look like real-life sand castles.

There are nine forts you can visit in the area. Two are more than a hundred years old, while the rest are reconstructions built in the 1980s.

Most of the forts are built beside water sources, of course, as water is the most precious commodity in the desert. The Liwa Oasis is blessed with a water table close to the surface, making it the ideal place to establish communities.

This is the world’s tallest sand dune, rising 300 metres at a 50-degree incline over the Empty Quarter. This is an excellent stop to add to your Liwa Oasis itinerary.

If you can, let your visit coincide with the Liwa International Festival, which takes place every February. During the festival’s Moreeb Hill Climb event, four-wheel-drive vehicles, quad bikes and dirt bikes scale the perilous incline to get to the top.

It will be best to get a tour package or let your hotel arrange your transportation and itinerary for you. The Liwa Oasis and Tel Moreeb are less than three hours due south of Abu Dhabi International Airport.

Go West and South of the City

The next time you visit Abu Dhabi, go west and southwest to al Dhafra, Abu Dhabi’s Western Region and check out Sir Bani Yas Island, the Empty Quarter, and the Liwa Oasis.

Yes, you can’t miss the thrilling things to do on Yas Island and other places in the capital city. However, it’s worth it to experience Abu Dhabi’s attractions beyond the metro.