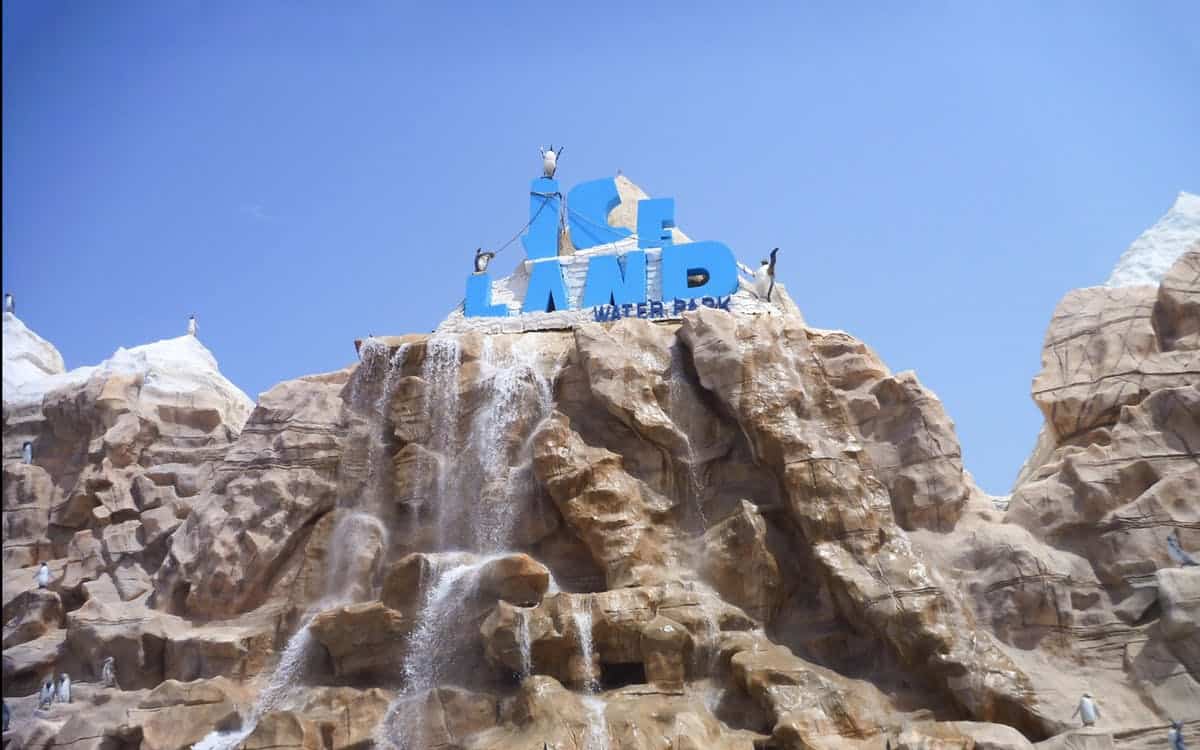 The ice and snow themed water park “Iceland” has bid to its guests on August 30th, 2018.

The Dh100-million park was opened in 2010 and was shut down after an eight-year run. The Ras Al Khaimah government said it shut down the water park as part of an ongoing plan to turn Ras Al Khaimah into a “global destination”.

Only an hours’ drive from Dubai. Ice Land had more than 30 exciting slides, a huge wave pool, high end- private cabanas, an Olympic sized lap pool and a beautiful beach. It had earned the title of UAE’s largest waterpark.

Why was Iceland waterpark closed?

The RAK government said it closed the park as part of its plan to “enhance the emirate’s competitiveness on an international scale”.

Our sources suggest that the business was down in the past year inspite of heavy discounts on the entry pass. So management decided to shut business and use the space for a more attractive and competitive establishment.

“The RAK government has been persistent in its efforts to boost development across vital sectors, as well as to set and implement clear directions for the future of the emirate and, with that in mind, has moved forward with foreclosing Ice Land Water Park for the time being,” the Ras Al Khaimah government said.

Even after 3 years of closure, wow-rak noticed that the website https://icelandwaterpark.com/ is still active. The Book Now link doesn’t work anymore. However, we would like to inform our readers to be aware that the park is closed and all bookings made through the book now link might not be valid now. Please do not do any monetary transactions on this site.

The Al Jazeera Al Hamra area where Iceland waterpark and its gorgeous beach was located has been demolished in 2019 and today you can see plain baron land with temporary fencing around.

The location is easily accessible from Dubai and other emirates. It has a great white sand beach with world-class gated residential communities at stone’s throw distance (Al Hamra Village and Mina Al Arab). The area is very close to the Free zone of Ras Al Khaimah and multiple 5-star beach resorts within 5 km.

We exactly don’t know what new plans are in books for this place but its definitely going to be a treat in future for tourists and resident alike.

Although this news may have made of tourists sad, we might hear an announcement of a bigger and better amusement destination in Ras Al Khaimah soon.

What are the new attractions in Ras Al Khaimah after Iceland water park?

An overwhelming majority of domestic travellers across the UAE have expressed their desire to explore more of the country next year, with Ras Al Khaimah emerging as the top destination of their choice, followed by Fujairah and Dubai.

A recent survey by dnata Travel revealed that 91 per cent of domestic travellers are willing to visit various other emirates in 2021, with 55 per cent of residents picking Ras Al Khaimah as their first choice of destination.

Ras Al Khaimah has established itself as an adventure capital in the UAE over the past few years and has garnered the attention of local residents and international tourists.

Whether you are a UAE resident or a tourist looking for a quick escape during the weekend, here are some of the most updated options after the closure of Iceland waterpark, depending on the kind of outing you prefer.

The upcoming attractions at Jebel Jais

Although it was a tough decision to shut down UAEs biggest waterpark Iceland, government has long term plans to attract tourists and make Ras Al Khaimah and adventure tourism capital in the region.

Raki Phillips, CEO of RAKDA said, “We are really looking to enhance the four UNESCO sites that we have. Our goal over the next five years and beyond is to attract over 3 million tourists a year – that is our long term goal for the destination.”