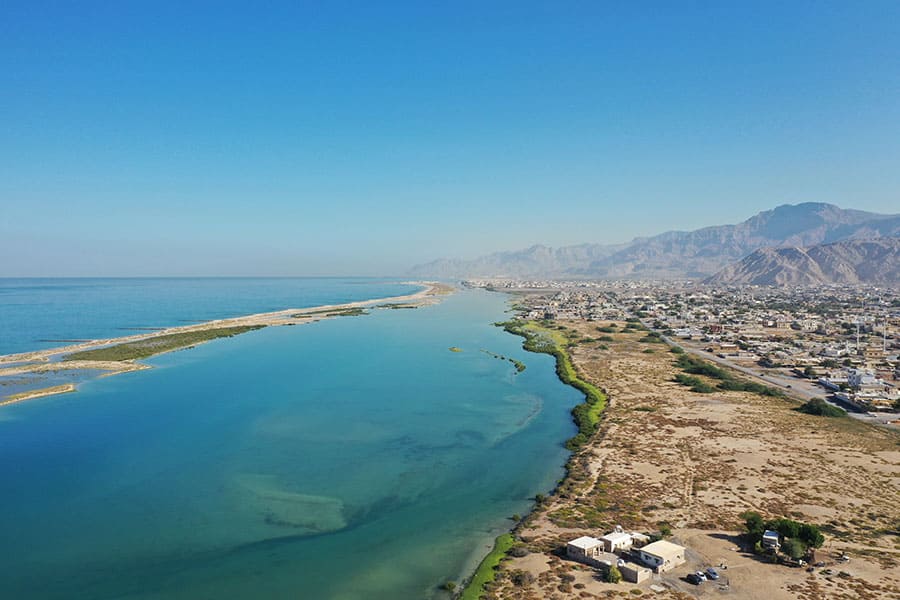 Chinese ceramics have been unearthed near a Julfar harbour in Ras Al Khaimah by a team of archaeologists from the University of Durham in the United Kingdom.

The discovery of the fragments in Ras al-Khaimah, United Arab Emirates, which have provided clues to maritime trade between the Middle East and China in the Middle Ages, has been significant for Derek Kennet and Zhang Ran from the university’s Department of Archaeology.

The ceramic sherds－the archaeological term for fragments of pottery or glass－point to extensive trade along the Maritime Silk Road. The university team, along with the Palace Museum in Beijing, wanted to gain a deeper understanding of the trade links between China and the Middle East and how the fragments ended up where they did.

Kennet, an associate professor with the department, said:”It’s the only evidence we have about this massive Indian Ocean trading system that came into existence. It’s (evidence of) the first globalization of the world economy.”

Excavation sites in Ras al-Khaimah have given archaeologists a better understanding of economic and cultural links from the 9th to 11th centuries, the importance of trade during that time and how it contributed to development of the world economy.

Researchers have unearthed Longquan celadon－ceramics produced in Longquan, Jincun and other sites in present-day Zhejiang province, where more than 400 kilns have been found.

Ceramics became an important part of China’s export market during the Song (960-1279), Yuan (1271-1368) and Ming (1368-1644) dynasties. The demand for Longquan ceramics flourished, and as maritime commerce grew, they were sold throughout the Middle East.

Zhang, also an associate professor with the university department, said, “Longquan played a very important role in the ancient Chinese ceramics industry, and we have found a large number of Longquan celadon pieces in Ras al-Khaimah and also in southern Iran.”