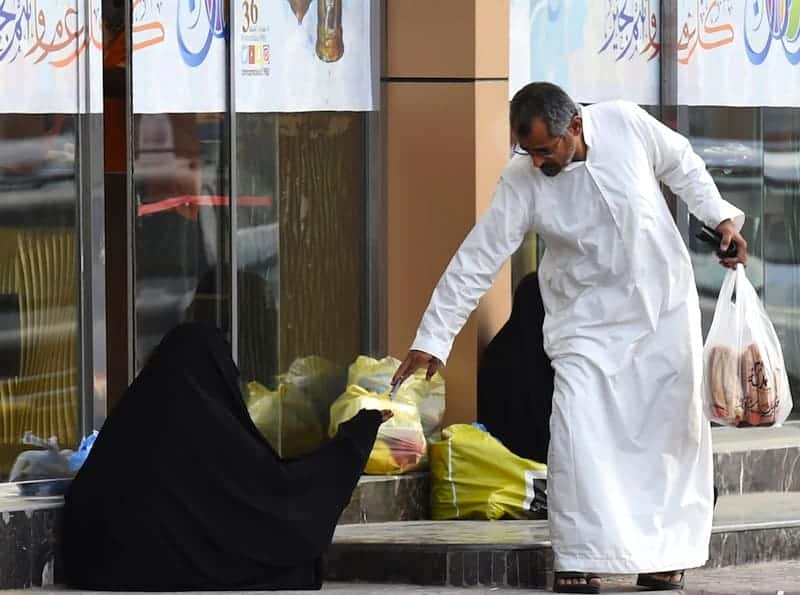 A campaign to catch beggars has been launched by the Ras Al Khaimah Police as begging sees a surge during the holy month of Ramadan.

A campaign to catch beggars has been launched by the Ras Al Khaimah Police as begging sees a surge during the holy month of Ramadan.

The campaign is targeting all segments of society to help the police curb the negative phenomenon. The public is being urged to report to police any case of begging they encounter.

The campaign has been launched in collaboration with CID and police stations across the emirate to ensure security for the community.

Security patrols and staffers have been deployed at all markets and residential areas where beggars are mostly spotted and reported.

What the law says

In April 2018, the UAE passed an anti-begging federal law, which punishes anyone caught begging with a Dh5,000 fine and up to three months in prison.

Those who operate gangs of beggars will get a prison sentence of not less than six months as well as a minimum fine of Dh100,000. Similar punishments are given to those who recruit workers as beggars.

Anyone caught begging, yet proven to have an income and is in good shape and health, will receive maximum punishment that is possible, as per law.

Maximum punishment shall be handed to those who use any forms of scams to deceive the public and play with their emotions, including faking disabilities or injuries.