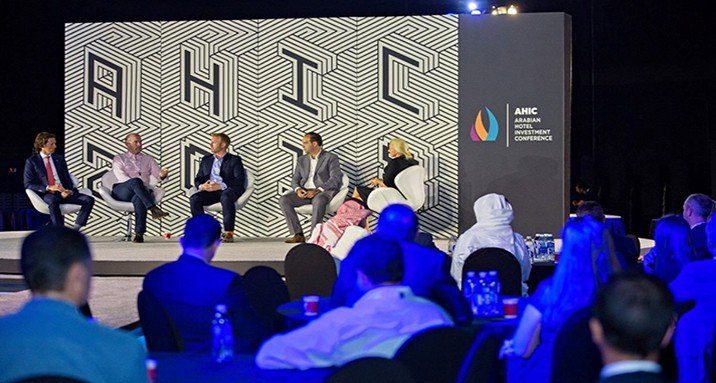 H.H. Sheikh Saud was presented with the award in recognition of his formidable achievements in leading Ras Al Khaimah to unprecedented levels of success, particularly with regard to the Emirate’s burgeoning tourism and hospitality industry.

Sheikh Saud spoke to a 1,000-strong audience of top-level hoteliers, operators and investors about the progress Ras Al Khaimah has made in recent years.

“Under their leadership, there has been rapid progress in a short period of time,” His Highness said, adding, “In the tourism sector in Ras Al Khaimah we have witnessed exponential growth – reaching more than 1 million tourists for 2018. We have also overseen vast improvements in education, in health and in the standard of living in Ras Al Khaimah. Yet we still have bold ambitions for the future.”

“Already Ras Al Khaimah stands out from the crowd in terms of its diversity,” he said, and pointed out, “Diversity of attractions, diversity of industries, and diversity of investment opportunities.”

AHIC creates a knowledge and networking platform for global and regional investors of all backgrounds, offering essential insights to investing in hotels, showcasing regional and international hospitality investment opportunities.

Held from 9 April to 11 April 2019 in partnership with Ras Al Khaimah Tourism Development Authority (RAKTDA), under the patronage of His Highness Sheikh Saud Bin Saqr Al Qasimi, Supreme Council Member and Ruler of Ras Al Khaimah, co-hosted by its founding patron, His Highness Sheikh Ahmed bin Saeed al Maktoum, Chairman of Dubai Airports, President of Dubai Civil Aviation Authority and Chairman and CEO of Emirates Airline and Group, whose continued support of the industry and AHIC has been critical to the region’s tourism growth.