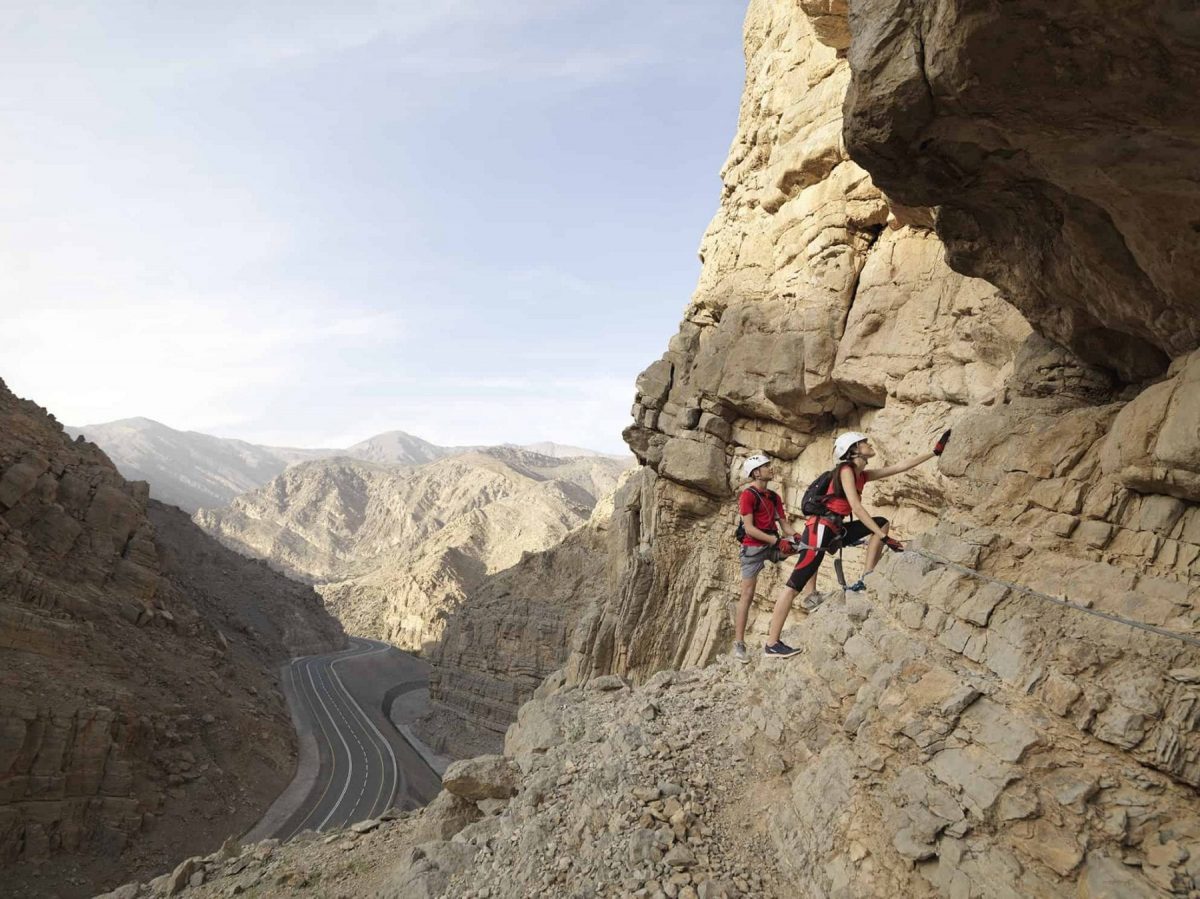 Ras Al Khaimah Tourism Development Authority (RAKTDA) today announced stellar visitor figures for 2019 with arrivals up almost 4% to 1.12 million and RevPAR recorded at an impressive $114.90, amongst the highest in the region. This was reflected by the strong yearly occupancy rates, averaging at 74%.

Ras Al Khaimah records near 4% growth in arrivals in 2019

Ras Al Khaimah Tourism Development Authority (RAKTDA) today announced stellar visitor figures for 2019 with arrivals up almost 4% to 1.12 million and RevPAR recorded at an impressive $114.90, amongst the highest in the region. This was reflected by the strong yearly occupancy rates, averaging at 74%.

Last year’s inbound growth was spurred by the variety of activities undertaken by the Emirate, inclusive of the launch of the Jais Sky Tour, and hosting of the Ras Al Khaimah Fine Arts Festival, Ras Al Khaimah Half Marathon, Tough Mudder and the prestigious UAE Tour. In addition, corporate activity and MICE participation further contributed to the growth in visitor numbers, with Ras Al Khaimah Tourism Development Authority conducting 122 familiarisation trips, participating at 20 exhibitions and completing 34 roadshows across 16 countries. Cementing its market presence, a further 63 workshops were held across in 12 countries, with the UK, Germany, Russia, CIS, Nordics, Central and East Europe retaining their positions as key target markets.

Growth in footfall from these key source markets was also noted, with visitors from Russia, India and Kazakhstan up by 13%, 10.5% and 15% respectively, in comparison to 2018 figures. This trend was reflected amongst other markets, a prime example being increased inbound footfall from Poland up by 14%.

Raki Phillips, CEO of RAKTDA, commented: “2019 was a positive year for Ras Al Khaimah, as we saw increased footfall from key markets resulting in the overall arrival growth of almost 4%.” He went on to add, “Ras Al Khaimah is in the midst of its three-year destination strategy which aims to broaden its reach through increased segmentation. A key focus has been on higher yield visitors such as MICE delegates, as well as prioritising sustainable nature-based adventure and culture driven activities and experiences.”

2020 kicked off with key trade events that showcased the Emirates’ offerings to international industry leaders and delegates from the travel and hospitality sector including FESPO in Switzerland and Vakantiebeurs 2020, the largest travel trade and consumer fairs in Netherlands. This year’s busy calendar will see RAKTDA mark its trade debuts at IBTM in Barcelona in November, ITB Berlin and IMEX Frankfurt, a major MICE event in Germany, between May 12-14.

2019 also saw Ras Al Khaimah announced as the Gulf Tourism Capital. To support ongoing trade and PR marketing activities this year, the Gulf Tourism Capital logo was revealed during the recent Jais Adventure Peak opening. Inspired by the Emirate’s diverse suite of offerings, the logo will be used extensively to spearhead RAKTDA’s promotional efforts throughout the GCC. Ras Al Khaimah’s selection as the Capital of Gulf Tourism highlights the country’s leading stature as a popular tourism destination, noting the consistent growth of international visitor numbers in previous years.

RAKTDA is targeting 1.5 million visitors by 2021, supporting which the Emirate has identified the supply of new hotel rooms as a primary focus moving forward. The Emirate is preparing to add 6,200 rooms to the 6,499 currently available with the confirmed introduction of major global brands including Marriott, Movenpick, Sheraton, Anantara, Rezidor, Intercontinental and Conrad over the next three years.