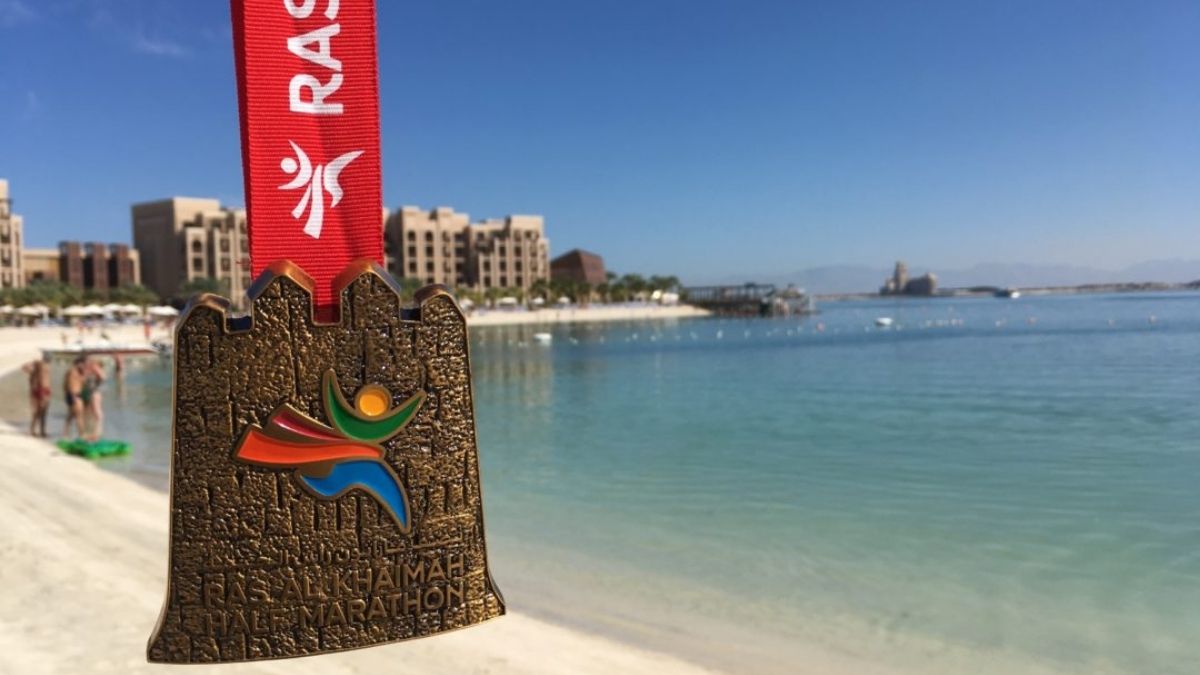 Al-Marjan Island will again host the world’s fastest half marathon, which will see some of the best long-distance athletes, running enthusiasts and amateurs from across the globe compete in one of the key sporting events on the UAE calendar. Registration for next year’s race is now open.

The Ras Al-Khaimah Tourism Development Authority announced that the 16th edition of the Ras Al-Khaimah Half Marathon will take place on Saturday, Feb. 18, 2023, with leading sportswear brand Under Armour named as the new technical partner.

Al-Marjan Island will again host the world’s fastest half marathon, which will see some of the best long-distance athletes, running enthusiasts and amateurs from across the globe compete in one of the key sporting events on the UAE calendar. Registration for next year’s race is now open.

Iyad Rasbey, executive director, Destination Tourism Development & MICE at RAKTDA, said: “We are thrilled to announce the 16th edition of the world’s fastest half marathon to our nature emirate. The Ras Al-Khaimah Half Marathon has gone from strength to strength with each passing year and I am confident that the 2023 edition of the race will be no different.

“The standard of high-level performances along with the number of records broken that we witnessed in February truly demonstrates how popular the Ras Al-Khaimah Half Marathon is, attracting some of the world’s best elite runners and participants from across the world as well as the local community,” he added.

RAKTDA also announced that Under Armour will sponsor the half marathon as technical partner. The sports brand will provide all participants with its latest, top-of-line apparel to help ensure comfort while improving performance as runners take to the fast and flat course track.

“We are incredibly proud and excited to partner with the Ras Al-Khaimah Tourism Development Authority and the RCS Sports & Events organization for what is one of the world’s leading running events,” said Lee Devon, vice president of Under Armour. “At Under Armour, it is our mission to make all athletes better and we do this through the lens of great product, innovation and by providing opportunities for all athletes to take part in sport. We recently opened our first store in Ras Al-Khaimah. This and our other stores across the emirates will become hubs for all athletes as they prepare for this event.”

The announcement comes only a few months after world half marathon record holder Jacob Kiplimo of Uganda (57:56) and Ethiopia’s Girmawit Gebrzihair (1:04:14) set new course records in the men’s and women’s elite categories respectively. Their triumphs were among the highlights of the Ras Al-Khaimah Half Marathon, which saw a number of new records being set on the day and some impressive performances and times across the categories.

As well as Kiplimo producing a 15-km world best time of 40:43 on his way to victory, the event also featured a new British record by Eilish McColgan. In just her second competitive half marathon, she smashed Paula Radcliffe’s British 21-year-old half-marathon record, clocking an incredible total time of 1:06:26.

What is Ras Al Khaimah Half Marathon

The Ras Al Khaimah Half Marathon is the ‘world’s fastest half marathon’ because if you take the top 10 fastest times recorded in RAK for men (and the same for women) and find the average (for each) and then do the same with the top ten fastest recorded times across all races (you can refer the IAAF for this), the faster average time for both men and women will be for RAK; making it the world’s FASTEST half marathon!