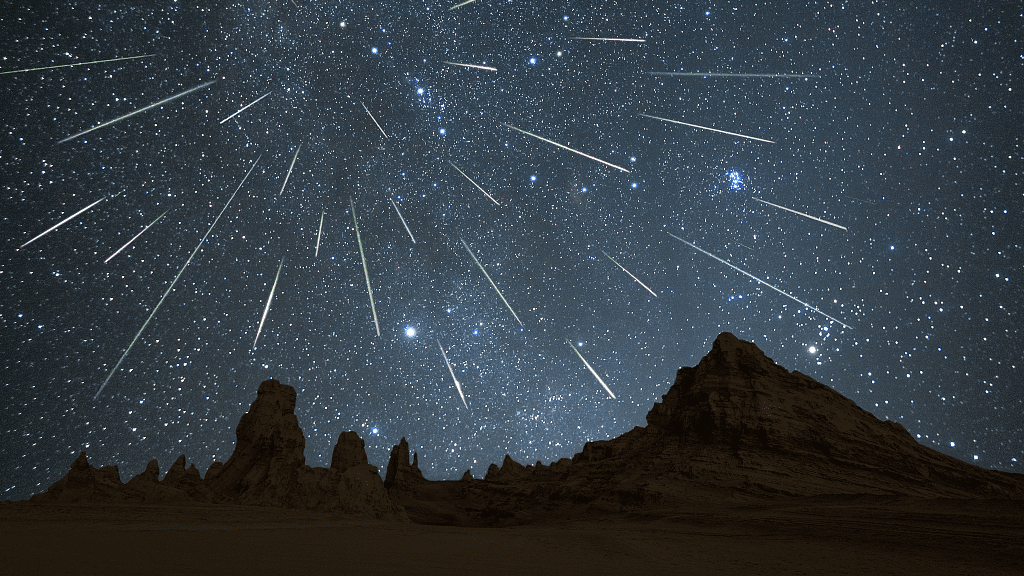 The UAE skies will dazzle with a meteor shower that is set to peak on Thursday night.

It will be a treat for sky gazers, as the 2021 Perseid meteor shower will be visible to the naked eye between Thursday night and early Friday morning.

The annual occurrence can be viewed in a dark, moonless sky, and up to 100 meteors can be seen in an hour.

Hasan Al Hariri, the Chief Executive Officer (CEO) of Dubai Astronomy Group, put the celestial spectacle in perspective.“The natural phenomenon occurs because the direction and radiant point, from which the shower seems to come in the sky, lies in the same direction as Perseus, he said.

He added, “The Perseids arise when the Earth passes through the debris of Comet 109P/Swift-Tuttle, which was first discovered in 1862. The comet’s last brush with the inner solar system occurred in 1992, leaving a dusty trail of debris that our planet passes through each summer. When this debris hits the Earth’s atmosphere, it burns and creates visible streaks in the sky. So, the Perseids are rich in fireballs and the show should be really nice.

He said the orbit of Comet Swift-Tuttle has been extensively investigated and its trajectory predicts that the earth is safe for another 2,000 years from a collision with Swift-Tuttle.

“It’s a dangerous body, as its perihelion distance from Earth’s orbit is around 8,000,000 kilometers (km). Perihelion is the point of the Earth’s orbit that is nearest to the Sun. In 2126, it will make its next close approach to the Earth. The next six orbits won’t get us any closer, but Comet Swift-Tuttle will pass within 1,500,000 km of Earth in 3044, Raj added.

The Dubai Astronomy Group is organising a Perseid Meteor Shower gathering on Thursday night that will continue till early Friday morning at Jebel Jais in Ras Al Khaimah (RAK), which is the highest peak in the country.

The event will also provide everyone an opportunity to look through telescopes at other celestial objects.

The programme will also feature presentations, astrophotography, and mobile photography training, and a question-and-answer session along with a talk show.

Hariri said, “People don’t need any special equipment or a lot of skills to view a meteor shower. All you really need is a clear sky and a secluded viewing spot away from the city lights. Your eyes may take five to 10 minutes to get used to the dark. So, be comfortable and equipped with basic things because meteor watching can be a waiting game.

He added, “This year, the moon will set around 9:45 pm and the night is all set to have an ideal condition for the meteor shower show.