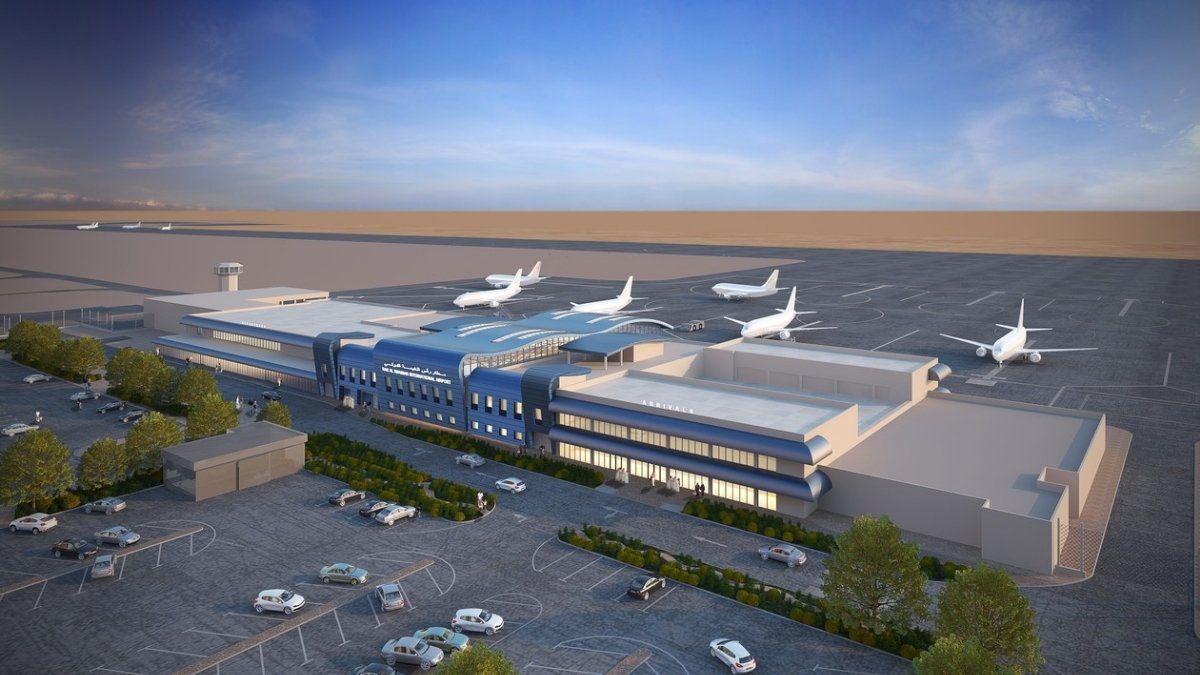 RAK Airport’s current expansion phase is its largest since it was established in March 1976. Check out the details of expansion programme, signing agreements with new carriers and extending the number of destinations with its existing airlines.

It needs no stating that the global aviation sector has been one of the industries most impacted by the Covid-19 pandemic, with the introduction of lockdown measures and quarantine regulations leading to an unprecedented decrease in airline passengers. A report this month (May 2021) from the United Nations’ International Civil Aviation Organization provides stark projections of passenger traffic and airline revenue for 2020 compared to 2019, including a 60 percent fall in passenger numbers and a USD371 billion loss in airline operating revenues.

No part of the world has remained unaffected and the Middle East’s aviation sector has been one of the hardest hit. Yet one airport in the region has proved that expanding airline services is still possible, even in the face of such a dramatic global downturn, giving hope that an accelerated return to normality is just around the corner.

On November 26 last year, Ras Al Khaimah International Airport (RAK Airport) recommenced its passenger services operations. Since then, it has successfully implemented a planned pre-pandemic expansion programme, signing agreements with new carriers and extending the number of destinations with its existing airlines. Operations in the programme have either started their new schedules already or will be commencing them within the next few weeks.

Included as RAK Airport’s new partners in its post-pandemic lockdown expansion phase are Kazakhstan-based Scat Airlines, Czech operator Smartwings, Cairo-based carrier Fly Egypt, and two Russian carriers, Rossiya Airlines and Ural Airlines. Its rapid expansion phase since reopening, which has also included extending agreements with existing partners SpiceJet and Air Arabia, has meant that RAK Airport is currently the fastest-growing aviation hub in the UAE – something that its CEO, Sanjay Khanna, says has been made possible because of it offering the right combination of services centered on convenience, value, and safety in the new normal.

“RAK Airport has proved that the downturn trend in aviation can be bucked if you are able to provide the right offerings for passengers along with the new safety elements that are a necessary feature of our world today. From a convenience perspective, our airport is easy to access from Ras Al Khaimah and the northern emirates – including Dubai and Sharjah – and because we have  no slot restrictions, we have  minimal delays and disruptions compared to  other airports in the region. As far as infection safety is concerned, RAK Airport is playing a major role in boosting passenger confidence through our highly visible disinfection protocols, our increased use of non-touch procedures, and our strict maintenance of social distancing in areas of high passenger footfall and throughput,” said Khanna.

RAK Airport’s CEO is keen to highlight other elements that he says have contributed significantly to stimulating consumer demand, pointing to his airport’s state-of-the-art facilities that are offered in a relaxed environment that befits the ambience of the Emirate of Ras Al Khaimah. He also draws attention to the recent upgrade to RAK Airport’s passenger terminal building, revitalised public transport infrastructure, and new cargo terminal. Khanna says that these enhancements help make flying from and into RAK Airport a stress-free and rewarding experience, even during the current critical period. He also says that the new partnerships signed will open up the advantages of flying into RAK Airport, as well the experience  of Ras Al Khaimah as a destination in its own right for even more segments of passenger.

“We are very excited about our new partnerships that are enabling more people from around the world to connect directly with Ras Al Khaimah, whether these are passengers from Russia and its neighbouring country, Kazakhstan, who are flying in from 23 destinations in the region with Scat Airlines, Rossiya Airlines and Ural Airlines, our European friends flying in from Prague with Smartwings, or indeed our North African Arab brothers and sisters visiting from Egypt with flyEgypt. We are looking forward to welcoming them all and allowing them to experience the wonders of Ras Al Khaimah,” he added.

RAK Airport’s current expansion phase is its largest since it was established in March 1976 by Ras Al Khaimah’s government to be a gateway between the UAE’s northernmost emirate and the world. Its role has taken on even greater significance in light of the government’s stated goal of opening up the emirate to a larger number of international visitors and to promote the emirate as a haven for outdoor activities. Through various stimulus initiatives, Ras Al Khaimah is positioning itself as one of the world’s leading adventure tourism destinations, much of which centres on Jebel Jais, the UAE’s tallest mountain. The peak is home to Jebel Jais Flight – the world’s longest zipline – as well as the UAE’s highest restaurant and a host of other outdoor pursuit offerings that are now pulling in tourists from the world over.

Naturally, the bottom line for any business is the ability to generate revenue and Khanna says that while profitability is clearly being affected as a result of the pandemic, RAK Airport is able to attract customers and income by offering value savings – something he said is possible because of the airport offering some of the cheapest prices in the region, meaning that carriers are able to pass on the savings made to their customers.

“One of our carrier partners offers the cheapest return flight ticket on the Delhi-Ras Al Khaimah-Delhi route, with the price including free road transportation – passenger pick-up and drop-off – from the emirates of Abu Dhabi, Dubai and Sharjah. Such value add-ons greatly reduce the overall cost of the entire trip, something that is especially important in these challenging times when so many people find themselves in difficult financial circumstances said Khanna.

The situation Khanna alluded to was an initiative from the Indian government supported by RAK Airport and SpiceJet to send more than 53,000 Indian nationals home at the height of the pandemic last year – expatriates who would otherwise have been stranded in the country. The scheme was boosted by His Highness Sheikh Saud bin Saqr Al Qasimi, Ruler of Ras Al Khaimah and UAE Supreme Council Member, who directed that passengers who wished to fly should be provided free- of-charge road transport from all the seven emirates, not only Ras Al Khaimah.

“The repatriation scheme we operated in conjunction with SpiceJet, the Indian government, and the Indian government’s representatives in the UAE, generated a significant amount of goodwill towards RAK Airport, particularly when it became clear that both the airport and airline staff were working a considerable number of extra hours to ensure the success of the initiative. The positive feedback and word-of-mouth commendations we received for running this repatriation initiative have been instrumental in maintaining – as well as creating – demand for our services in this vital post-pandemic phase. As part of the fabric of the Ras Al Khaimah community, we were honoured to play a part in combatting the impact of the pandemic and will assist in any way we can in the efforts against the new wave of the virus affecting India,” said Khanna.

It is customers from India who represent RAK Airport’s largest segment by nationality, the airport’s partner carrier SpiceJet taking passengers to 28 destinations in the sub-continent and adding more destinations regularly. With Ras Al Khaimah home to around 3,300 Indian companies that span more than 50 industry sectors, RAK Airport serves as a business as well as social link between the two destinations. Its role as an economic driver and vital community connection service can be seen to extend to the wider Indian diaspora throughout the UAE, with nearly 3.5 million Indian expatriates estimated to be living in the country – a figure that amounts to around 28 percent of the total population. By facilitating close connections between India and the UAE, the airport is playing an important role in helping to boost economic ties between the two countries.