RAK Academy is one of the most prominent schools in this Emirate and had its beginnings in 1975 when it started in the Khuzam area of the city with only 7 students. There are now over 3,600 students spread across the three schools that make up RAK Academy. It is also one of the first schools to offer an ‘international’ curriculum in the Emirate.

RAK Academy provides an ideal setting in which children can learn, grow and develop into responsible and responsive self-starters, which is what we believe the new millennium is seeking.  At the same time, we share the goals and aspirations common to all schools to nourish individual ability within a responsible community and to encourage not only academic success but physical health, moral stability and creativity.

RAK Academy announced that it is planning to open two new Primary Schools in Ras Al Khaimah for September 2018.

One school will be located in Al Hamra, to the south of the city and the other at Al Rams in the north.

The new schools will come under the umbrella of RAK Academy and share the same vision as centres of Excellence in Learning at the Heart of the Community.

When the admission process begins, both schools will accept enrolments from ‘Pre K’ (UK Nursery) up to ‘Grade 2’ (UK Year 3), and in subsequent years we foresee the schools accepting admissions up to ‘Grade 5’.

The ‘Early Years’ programmes in RAK Academy Schools will follow the principle of creativity and ‘learning through play’ and provide a strong focus on literacy and numeracy. This will provide a good foundation to enter either the Primary Years Programme (PYP) or the British Curriculum School in the future. Grades 1 and 2 will initially follow a ‘British’ based curriculum.

Students currently enrolled in RAK Academy that are at an appropriate age can apply to transfer enrollment to either of new schools. These students will be given priority of placement.

The quality of facilities, school organisation and level of care will be similar to that found in RAK Academy. The new schools will have an auditorium, medical center with nurses and doctor’s room, music and technology suites, cafeteria, covered outdoor play areas and an indoor sports area. Both schools will have internationally qualified teachers with appropriate specialist subjects and trained support staff as found in progressive international schools.

Both schools are scheduled for opening in September 2018. 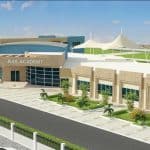 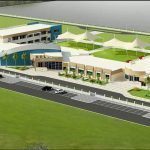 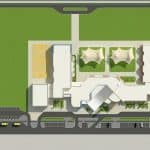 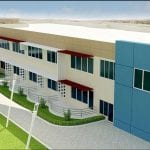