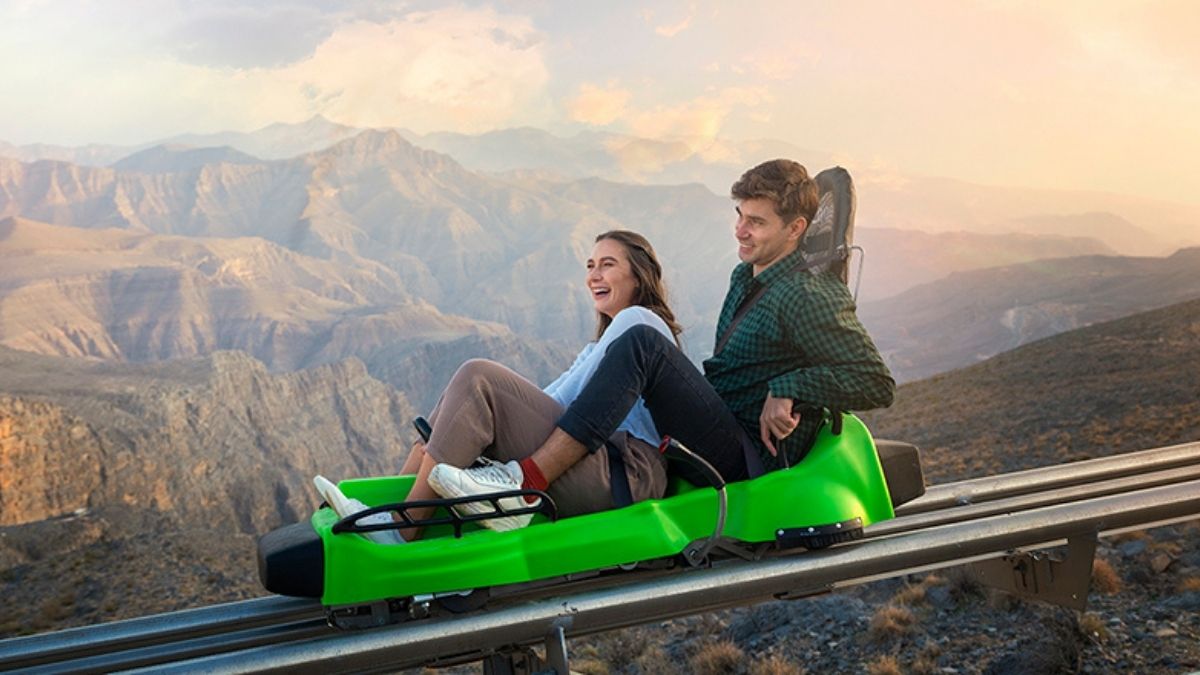 The attraction, which will be the region’s longest toboggan, is just one of a series of new installations set to open at Jebel Jais, the UAE’s highest peak, over the coming months, many of which have been designed with sustainability and eco-tourism in mind.

Ras Al Khaimah’s status as the adventure-lovers emirate is now further cemented with the opening of its latest thrilling attraction.

Jais Sledder, a 1,885-metre toboggan run that winds down through the Hajar mountain range, offering riders panoramic views as they go, will officially open on February 16.

The alpine coaster is capable of reaching speeds up to 40kph, although each rider will be securely strapped in and have access to a braking system, allowing them to control their own speed.

The attraction, which will be the region’s longest toboggan, is just one of a series of new installations set to open at Jebel Jais, the UAE’s highest peak, over the coming months, many of which have been designed with sustainability and eco-tourism in mind.

Also coming to Jebel Jais this year is Jais Wings, the first dedicated paragliding site in the Gulf, as well as the Jais Swing, for those brave enough, which will offer unrivalled views and is sure to be popular with Instagram users.

The Ras Al Khaimah Tourism Development Authority said the new attractions will “integrate seamlessly into the mountain ecosystem”. The enhancements on Jebel Jais are part of the half a billion-dirham investment announced last year by the authority.

Bear Grylls Explorers Camp, which opened in 2020, has been expanded with redesigned cabins added, while the highest restaurant in the UAE, 1484 by Puro, now boasts a larger deck and a new rooftop lounge, The View by 1484, that offers breathtaking views across the mountain.
Also set to open in 2022 will be Earth Altitude, a pop-up hotel, with 15 eco-based accommodation units and a swimming pool, and Cloud7 Camp Jebel Jais, a sustainable glamping experience with 30 accommodation units, planned for the months of 2022.

Basecamp Jais will offer affordable accommodation, and will also be a leisure hub, offering yoga and Emirati live cooking. That too will open in late 2022. While Jais Yard is set to be a foodie village, with vintage truck restaurants, an open-air cinema and play areas for children, set to open at the end of next year.

For 2023, Saij, A Mantis Collection Mountain Lodge, will open a mountain retreat, offering 70 luxury lodges with a focus on nature with guided treks, mindful pursuits and creative experiences.