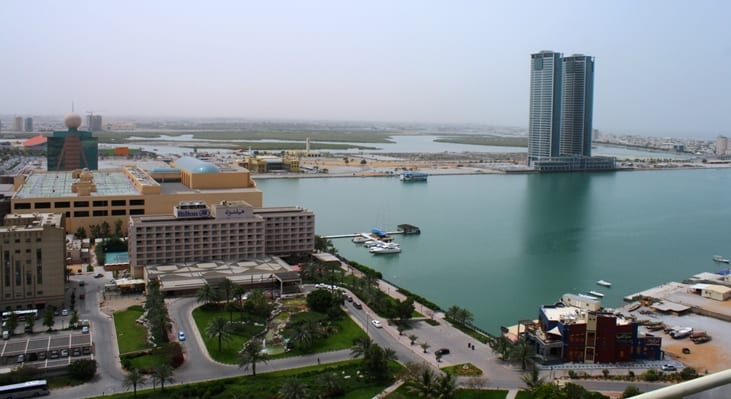 The exports to the Arab countries of the total certificates of origin of the members of Ras Al Khaimah Chamber of Commerce and Industry has increased to 76 per cent by the end of 2019, compared to 52 per cent in 2016.

The exports to the Arab countries of the total certificates of origin of the members of Ras Al Khaimah Chamber of Commerce and Industry has increased to 76 per cent by the end of 2019, compared to 52 per cent in 2016.

The previous year witnessed a significant growth in the certificates of origin with 20 per cent to reach 18,613 certificates of origin in 2019, with value of goods amounted to Dhs3 billion and Dhs40 million, as revealed in a study issued by the Department of Studies and Commercial Cooperation at the Ras Al Khaimah Chamber of Commerce and Industry.

Eman Al Hayyas, Deputy Director-General for Trade Services and Business Development in the Chamber affirmed that any economy that seeks more growth and competition in the global markets should be established on strong pillars that enhance its competitiveness on the top of which is the historical, social and cultural basis. The UAE economy deep connections with the Arab states is one of the supporting strengths for it sustainable growth which also depends on clear policies and strategies to support the continuity and sustainability.

Eman added that the recent years show the extent to which the commercial relations of Ras Al Khaimah with the Arab countries in particular supported the sustainable growth through reinforcing competitiveness of the exports sector through deep connections with the Arab market as a key market that offers Economics of scale for local industries from which they launch to the global markets.

Eman pointed out that the role played by the export sectors in the economy of the emirate is enhanced by the chains of value at the level of the Arab markets in particular; as the Arab markets and through importing products of the emirate, played a key role in maintaining the production and investment momentum in the emirate in a way that enhanced the economic growth. This has started through the great growth in the exports to the Arab countries between 2016 to 2019, as the exports to the Arab countries grew from 76% of the total certificates of origin compared to 52% in 2016, while the last year witnessed a significant growth in the certificates of origin with 20% to reach 18,613 certificates of origin in 2019 with Dhs3 billion and Dhs40 million.

Asim Bani Fares, a Senior Economic Researcher at the Ras Al Khaimah Chamber of Commerce and Industry said that the Gulf Cooperation Council (GCC) countries had the largest share of Ras Al Khaimah exports for 2019 due to the proximity of its markets, as it accounted for 67% of the emirate’s exports with a value of two billion and Dhs38 million. On the other hand, the Kingdom of Saudi Arabia was the biggest importer leading the rest of countries with imports totaled one billion and 166 million dirhams. The exports of emirate to the Arab Countries included 20 types of different goods categories, topped by transport equipment with 30%, normal metal and products thereof with 13 per cent, electric tool and machineries and parts with 11 per cent and the rest of the goods.

However, these exports strengthened by the strong trade relations with the emirate’s Arab partners, through major companies supported by foreign and local investments with initial value of 604 million dirhams at the time of their registration, and they employed over 32 thousands labourers. The qualified investment zones acquired 94% of the total investment, which confirms the role of the industrial polices which supported the foreign investment in the industry sector, which is based on the value added sectors and high productivity and the key driver of growth and stability of the emirate’s economy to achieve more sustainability and growth.

The study issued by Ras Al Khaimah Chamber of Commerce and Industry aims to highlight the developments witnessed by the non-oil exports to the Arab countries from the Emirate of Ras Al Khaimah, and to show its position as an effective exporter to achieve the sustainable economic growth.