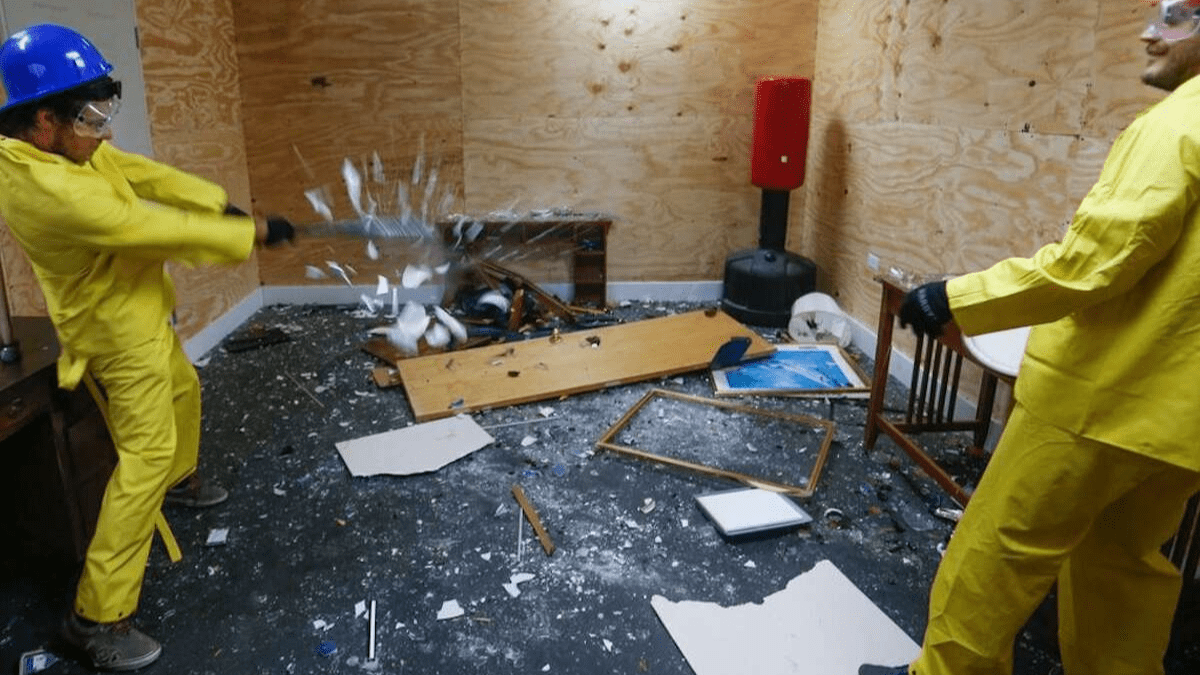 A rage room is typically a room for the customer to go berserk and demolish things to unleash their frustrations. Are you looking for a same kind of room?

Have you ever been frustrated or angry at someone or something? With no way to release this negative energy, what do you do? It really does not matter where we live, what we do, or who we are, all of us are bound to have one of such days where this energy takes over us, and we can’t do anything about it. There is a rage room in Ras Al Khaimah, which helps you let out all of this.

A rage room is typically a room for the customer to go berserk and demolish things to unleash their frustrations. It is also called smash or anger room. People can pour out their anger by wasting objects, and such rooms are often replication by adding furniture and items such as televisions and desks. Sometimes people are allowed to bring their possessions to destroy.

The first rage room was inaugurated in Japan in 2008, according to Vice. Since then, rage rooms have unfurled in countries from Serbia to the United Kingdom to Argentina.

Why go to a rage room?

According to a co-owner of the Smash Room, Mary Babic, in Daytona Beach, Florida, Rage rooms are not only for when you’re seeing red. She said customers have swarmed to the smash room for stress relief, not anger management.

“When we talk about it, we just talk about relieving that pressure you didn’t even know was there,” Babic said. “We talk about the fun of it.” Vantroy Greene, who opened the House of Purge in Charlotte in May, said the need to relax brings together his clients.

There are loads of people who need an outlet from the stress of family or life in general. Many people work out daily, pray, or meditate, yet might like to break stuff. That first time you shatter a bottle, you’ll get it.

Even people who do not consider themselves violent enjoy infrequent smashing and shattering of things. There is something about it: people who think of themselves as peaceful, measured, calm, and not quick to get angry also enjoy this activity. Some people also consider these experiences cathartic and purifying. “I got into it in a way I did not expect,” King said.

Why are rage rooms so in demand?

According to Greene, rage rooms have become so popular because they offer a new experience that anyone can enjoy. People these days have started celebrating bachelorette parties to team-building events. In addition, people often come to rage rooms with family, sometimes with kids as small as eight. The range of people visiting these rage rooms varies from about eight years to 75 years of age.

As per the therapists, though it is not a way of anger management, it relieves stress.

Your safety is our highest priority; hence, we provide you with safety gear. However, you might still want to be careful around the debris and other smashed items.

About the Rage Room in Ras Al Khaimah

You need to be 18 years of age to visit the Rage room.

You can visit anytime between Monday to Saturday: 4 pm – 12 am

In package 1 for 150 AED, you get ten glasses and one electronic item.

In package 2 for 199 AED, you get 15 glasses and two electronic items.

In package 5 for 599 AED, you get 35 glasses, two electronic items, two big TVs, and three guitars.

So, smash your rage at this Rage Room in Ras Al Khaimah.