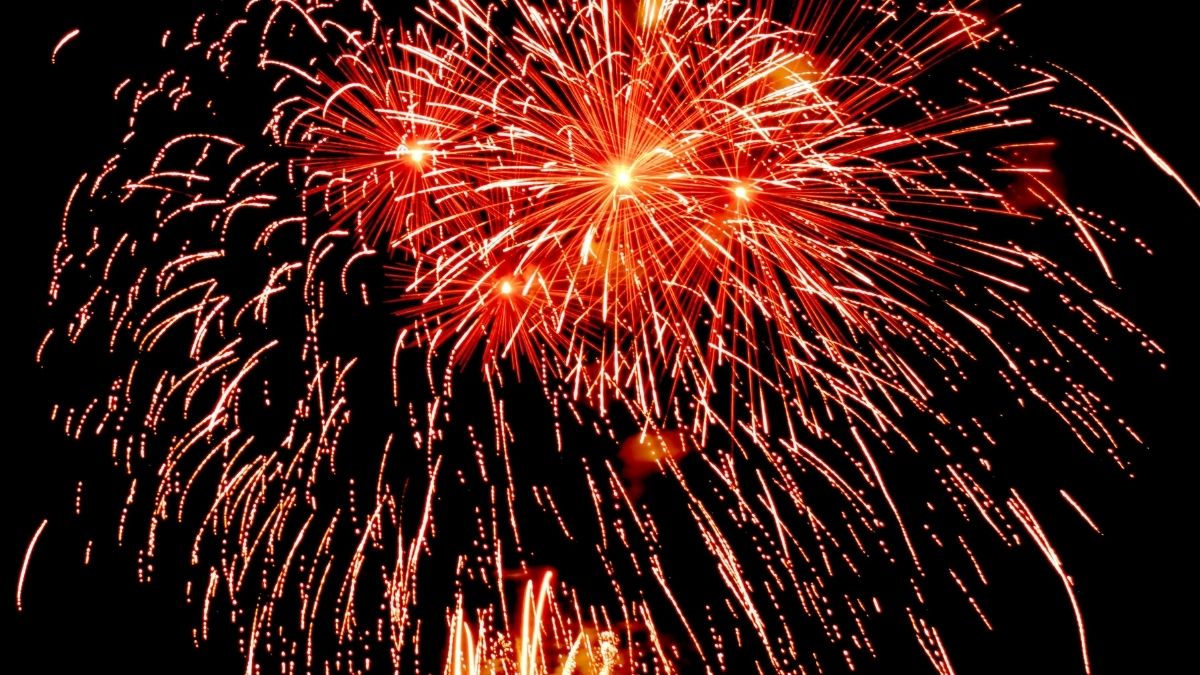 Thousands of people from all over the world witnessed the Epic Ras Al Khaimah New Year’s Eve Celebrations (RAKNYE 2022) that impressed everyone with an amazing fireworks show which smashed 2 Guinness World Records.

Thousands of people from all over the world witnessed the Epic Ras Al Khaimah New Year’s Eve Celebrations (RAKNYE 2022) that impressed everyone with an amazing fireworks show which smashed 2 Guinness World Records.

The 12-minute spectacle was choreographed to express the joy of reunion through six themes that were set to the majestic orchestral tune. The symphony of light and music offered the guests who had stayed at designated camping places with friends and family on the previous day an event that was one of the most enjoyable moments of the holiday season

The event spanned 4.7 Km and rose spectacularly across the Arabian Gulf, the 12-minute pyrotechnic drone, as well as fireworks display, included more than 130 sea pontoons, and a fleet of hundreds of pyrotechnic drones.

People from all over the world participated in the celebration, which also included live music, as well as many other events taking place in the middle of the fireworks show.

In ringing into the New Year with a heightened positive energy and optimism The fireworks display was also a salute to the UAE to mark the 50th anniversary of its founding and a tribute to the city’s increasing reputation as one of the most popular tourist destinations in the region.

A spokesperson for the organizing committee explained, “RAKNYE2022 is our tribute to the people and the leadership in Ras Al Khaimah as well as the UAE not just to mark the 50th anniversary of our nation, but also to prepare for the coming 50 years. Invoking the message of optimism positive, optimism, and faith the fireworks display and New Year’s Eve celebrations brought people together to enjoy the festivities safely. Through this celebration, we have once more emphasized the status that has been earned by Ras Al Khaimah as the most popular tourist destination, which welcomes visitors from all over the globe.”

RAKNYE 2020 fireworks display was performed in a sequence of six acts that began with the countdown just before midnight. This set the stage for a dazzling spectacle of amazement.

Making history with the record for the first Guinness World Records title for the ‘Highest Altitude Multirotor/Drone Display The tower of fireworks that was 1,055.8 meters high, which is taller than any skyscraper in the world. Utilizing the latest drone technologies, the specially-designed fireworks were breathtaking in their dimension and size.

The second Guinness World Records title was for the ‘Most Remote Operated Multirotors/Drones Launching Fireworks Simultaneously’, when 452 drones launched fireworks simultaneously to create the ‘Happy New Year’ visual in the sky. For the feat, the organizers leveraged advanced pyrotechnics and integrated wireless technology, lighting up the shores of the emirate in majestic brilliance.

The shells used for fireworks during the show, which have rapid-changing colours, were created by a special technology that is strictly secured by the family-owned fireworks manufacturing company in Italy.

Over 5 000 hours of effort went into the preparations for the event which also included the deployment of more than 130 sea pontoons as well as hundreds of drones that pyrotechnics.