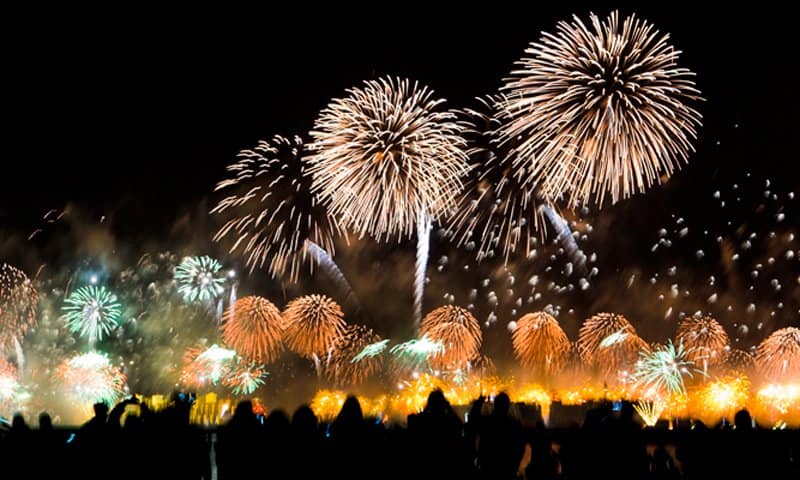 After mesmerising the world with a world-record clinching firework display that welcomed hundreds of thousands of residents and visitors from around the world in 2018, Ras Al Khaimah showcased a never-before-seen spectacle this New Year’s Eve and broke two Guinness World Records.

The display, a tribute to the outgoing Year of Zayed, used 11,284 fireworks for the 4.6km chain on Al Marjan Island.

The record was set in 12.06 minutes and there were seven themed chapters for the show, which was set to international music compositions.

It featured a performance by 200 drones, which displayed images such as a falcon spreading its wings, Year of Zayed, Jebel Jais and many more.

The team behind the show spent 300 hours designing the spectacle, which featured more than 41,000 lines of computer code to the performance. The firework components for the aerial shells were hand-crafted in New York and Virginia over a two-month period.