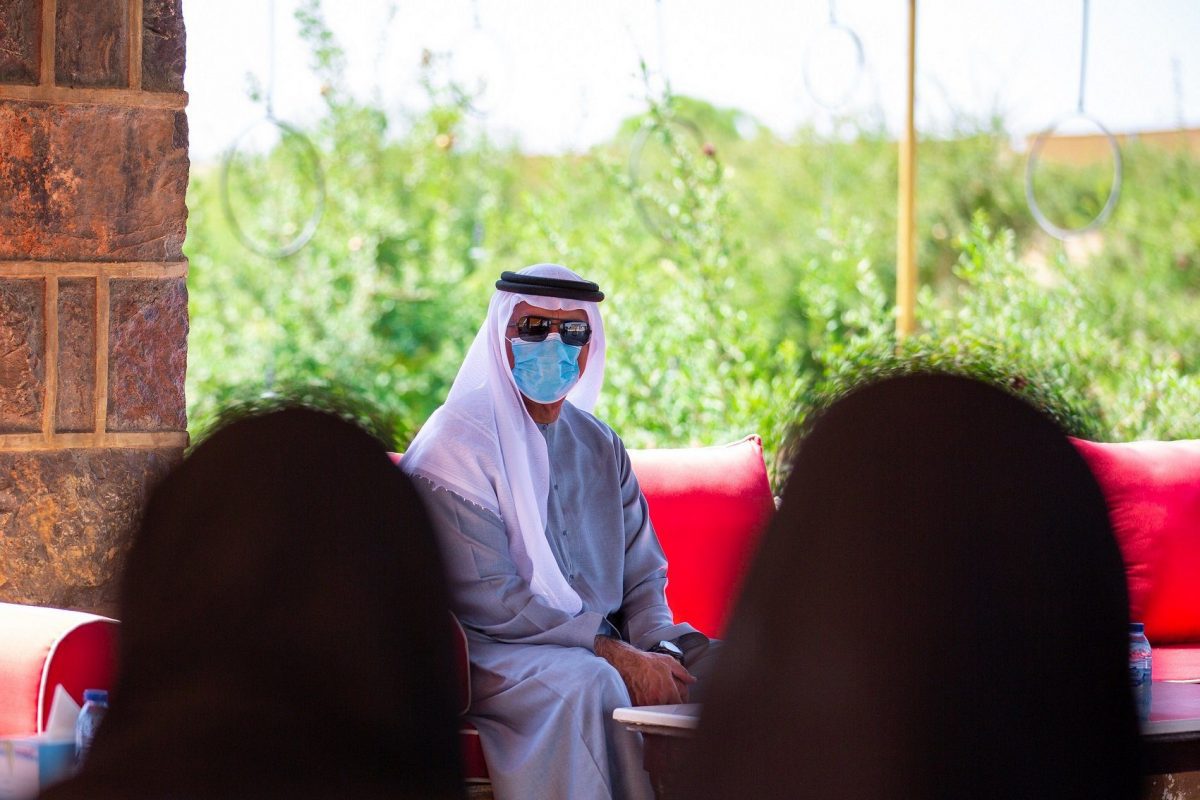 MeznSat is the first scientific satellite in the UAE to be built entirely by students; it was designed and developed by the students under the supervision of the UAE Space Agency, in a collaboration between the American University of Ras Al Khaimah and Abu Dhabi’s Khalifa University.

“Education is the primary means of ensuring continued accomplishments and the engine driving our continuous efforts to build our country and cement its position regionally and internationally,” asserted His Highness Sheikh Saud bin Saqr Al Qasimi, UAE Supreme Council Member and Ruler of Ras Al Khaimah.

Sheikh Saud lauded the astute vision of the UAE President, His Highness Sheikh Khalifa bin Zayed Al Nahyan, along with His Highness Sheikh Mohammed bin Rashid Al Maktoum, Vice President and Prime Minister of the UAE and Ruler of Dubai; and His Highness Sheikh Mohammed bin Zayed Al Nahyan, Crown Prince of Abu Dhabi and Deputy Supreme Commander of the UAE Armed Forces. The wise leadership has prioritized education as a primary element in all the country’s development plans, reflecting a deep awareness of the vital role that education plays in advancing the UAE’s position regionally and internationally across every sector.

“And here we are today, celebrating yet another achievement by our students, confidently forging their path towards leadership,” Sheikh Saud added, as he welcomed the team of American University of Ras Al Khaimah (AURAK) students who worked on the MeznSat project – the first environmental nanosatellite of its kind in the UAE.

MeznSat is the first scientific satellite in the UAE to be built entirely by students; it was designed and developed by the students under the supervision of the UAE Space Agency, in a collaboration between the American University of Ras Al Khaimah and Abu Dhabi’s Khalifa University.

Sheikh Saud applauded the outstanding efforts made by the students to ensure the success of the project. “I congratulate you all on this success. It is a historic milestone in the UAE’s journey in space and we look forward to further and bigger achievements in your careers and from the university, as it strives for academic excellence,” he said.

“The UAE continues to invest in its people, as they are the single most important element in maintaining our progress and cementing the country’s leading position across various sectors,” the Ruler of Ras Al Khaimah added. “The evolution of education and its shift from theoretical to practical implementation is an indication that we are on the right path. I am proud of these promising young people and of the notable contribution that Ras Al Khaimah has made to this national achievement.”

“Investing in our human capital was the foundation that the UAE was built on since its inception – a policy that now qualifies us to compete on a global scale and in various industries,” Sheikh Saud noted, highlighting at the conclusion of the meeting that success and excellence are the sum of a multitude of factors, chief among them being hard work and setting clear objectives that allow successive generations to succeed.

The Ruler of Ras Al Khaimah reaffirmed his commitment to supporting education, as well as pioneering, practical projects across all vital sectors.