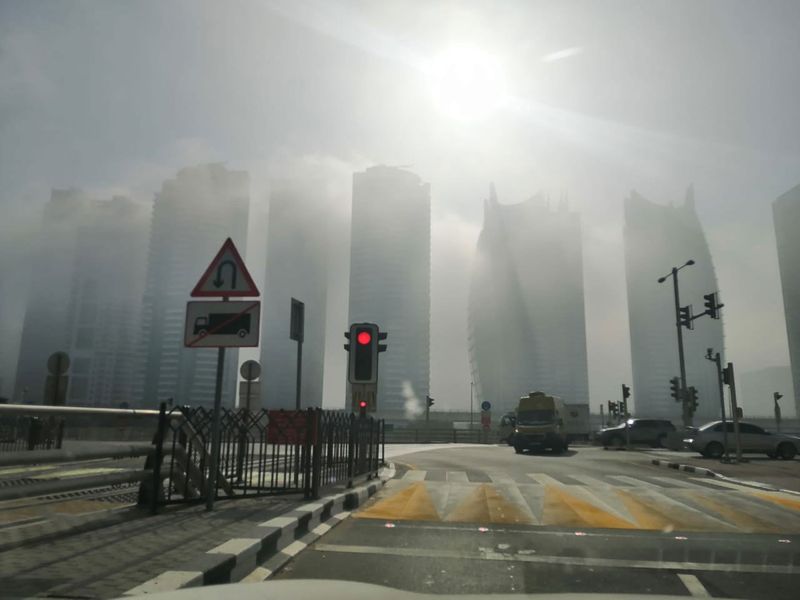 Major General Ali Abdullah bin Alwan Al Nuaimi, Commander-in-Chief of Ras Al Khaimah Police, launched the first traffic campaign for 2021 on the roads and educate the members of the public about the dangers of weather fluctuations.

Major General Al Nuaimi pointed out that the ‘Beware of weather fluctuations’ awareness campaign will continue for three months, under the supervision and implementation of the Traffic and Patrols Department (Awareness and Traffic Information Branch) in order to raise traffic awareness among road users about the dangers of weather fluctuations. This is key to avoid traffic accidents, which increases during times of fog and rain. He added that the campaign included preparing educational videos that clarify the precautions that must be avoided when driving in times of weather and rain in order to achieve the safety and security of all drivers.

This initiative is part of the implementation of the Ministry of Interior’s strategy aimed at spreading and enhancing safety and security on roads by spreading awareness and education about traffic laws by making drivers aware of the importance of taking caution during weather conditions.

Brigadier Dr. Mohammad Al Hamidi urged drivers to abide by the traffic laws and regulations and adhere to the legal speed limits on the roads, during weather fluctuations, leave a sufficient safety distance, and take precautions and pay attention while driving in times of fog or rain, while not being busy with anything other than the road in order to preserve their safety and safety of other road users.