“The department had collected 220,751 tonnes of solid waste last year, while 30,799 tonnes of these were recycled.”

The department is studying a plan to build and operate a station to process construction and demolition wastes, Al Hammadi stated. “This will have a daily capacity of 1,200 tonnes.” 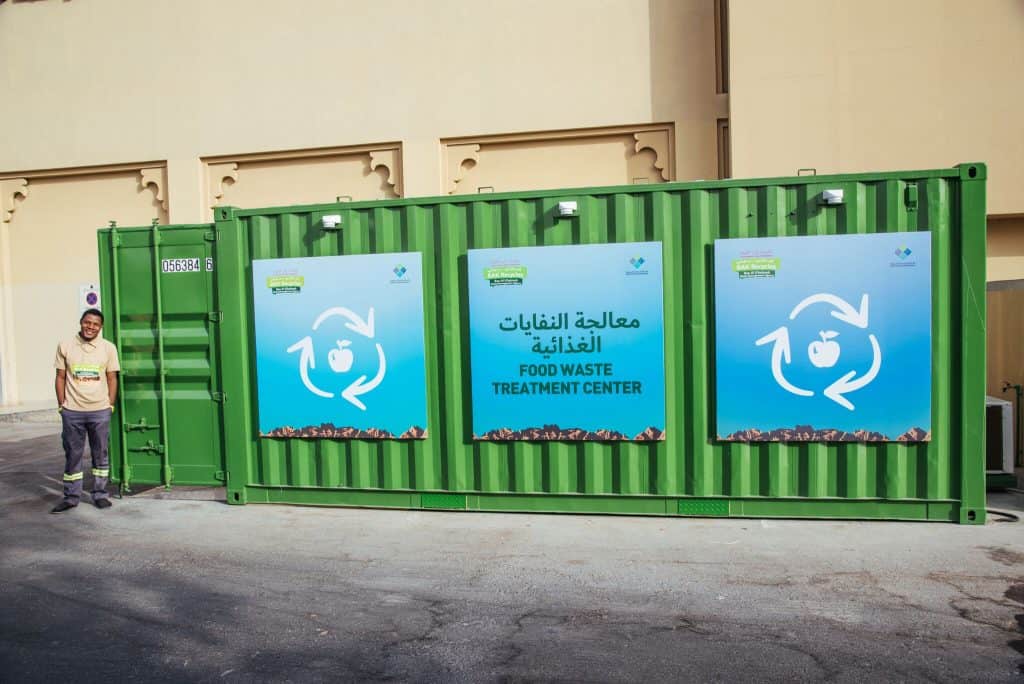 The department concluded an agreement, in January, to extend the Al Jazirat landfill of the municipality solid wastes, he said. “A third cell, to be built, is expected to receive and bury 600 tonnes of daily wastes for the coming seven years, with a five percent annual increase.”

Al Hammadi pointed out that they are working on a mega sewage project to cover 888 villas at the Buteen Al Samar on two stages. “Up to 500 residential units will be connected with the main sewage network at the Muairidh area in the coming few months.”

The department has further extended the main sewage station in the Filya area and overcomes the problem of stink smells using the non-aerial treatment technology, the first-of-its-kind in the country.

“We have increased the capacity of the main sewage station from 20,000 to 40,000 cubic metres a day; an amount equivalent to 16 Olympic pools or the consumption of 180,000 individuals a day.”

A food bank has also been installed at the corniche area to collect food leftovers from hotels, shops, and restaurants to contribute them to vulnerable people in coordination with charity associations,” he said.

“Clean and valid food remains will be properly stored at five to -18 degrees Celsius, while unfit and expired foods will be turned into agricultural fertilisers.”

The department is studying a plan to build and operate a massive station to turn wastes into energy or gas, he disclosed. “The pilot project is aimed to produce 60 tonnes of gas every day by using the gasification technology.”

There are also plans to build and operate another station to turn organic wastes, spanning trees, camels, foods, slaughterhouses, and chicken farms into organic fertilisers, “with a daily capacity of 180 tonnes”.

How is this beneficial to me?

You will have a direct impact
1. You can be sure that perishable food you buy will always be fresh
2. Due to the production of fuel by these recycling centers, the local fresh produce prices will be less (dairy items, fruits, vegetables, sweets etc.)
3. Less waste means a better quality of air in the emirate
4. The move will also reduce risks of diseases
5. The manure produced will be used to plant more trees, which is by default direct positive impact on your life