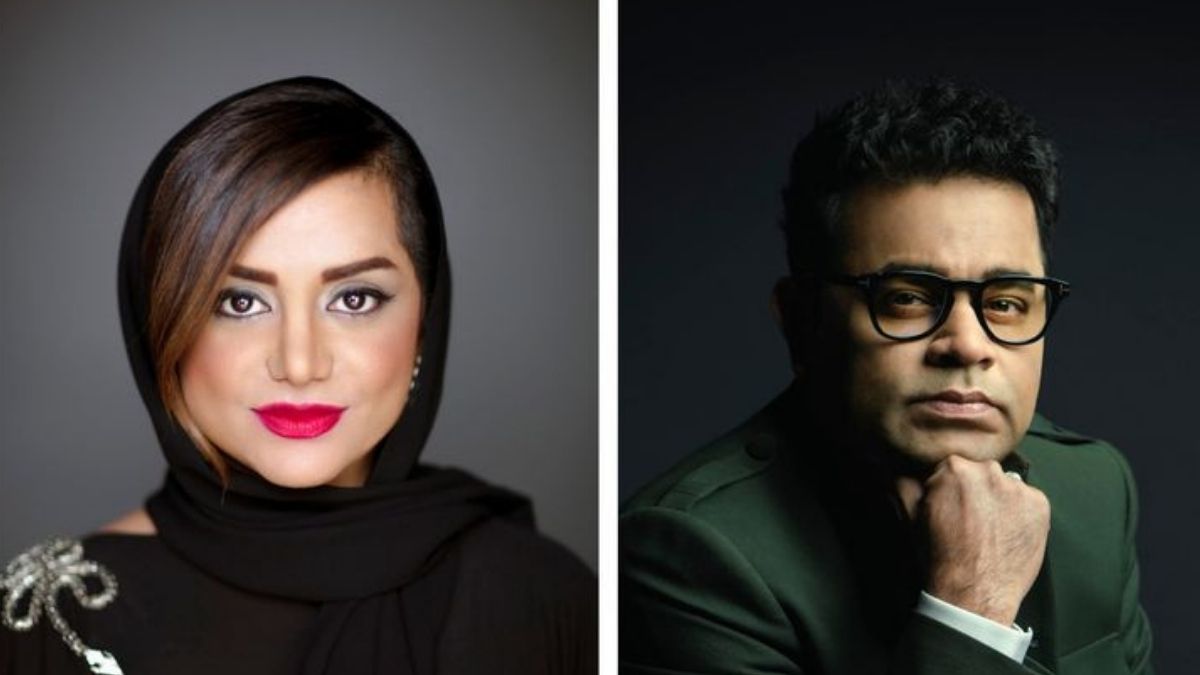 The northern emirate will provide the film’s backdrop, and residents of Ras Al Khaimah will be cast.

The mystery thriller will be set in Ras Al Khaimah and tells the story of Wahida, a woman who is haunted by the mysterious death of her twin sister. The discovery of hidden cassette tapes then leads her on a pursuit to find answers and deal with her grief.

Shooting for Baab will begin in 2023.

“I am delighted to be in Cannes with A R Rahman to start to introduce the industry to this authentic, thought-provoking film and the vision we have for showcasing the incredible region of Ras Al Khaimah,” Al Khaja said at the event.

“We are very much looking forward to starting production on the project next year and returning to Cannes when it’s complete.”

The two renowned figures sat down with journalists to discuss the project. They touched upon Al Khaja’s vision for the film, and how Rahman became involved.

She revealed other details about the production, which will be produced by Elly Senger-Weiss and Sultan Al Darmaki, with Muna Easa Al Gurg to serve as executive producer.

The northern emirate will provide the film’s backdrop, and residents of Ras Al Khaimah will be cast.

“My grandmother came from the mountains, they have never been captured in a feature before,” Al Khaja said.

“The sheer access to the indigenous people of Ras Al Khaimah and the soulful script is an untold story that I am eager to tell. With A R Rahman on board, we will live a very immersive journey that is authentic, haunting and real.”

Rahman, who has also won Bafta, Golden Globe and Grammy awards, has sold more than 200 million records worldwide and worked on more than 145 films.

“I’m delighted to be working with Nayla on her feature film,” he said. “She’s a passionate and promising filmmaker and an important creative voice within the Gulf region.

“The script is enigmatic, thought-provoking and promises to be both visually and emotionally engaging for universal audiences. I’m looking forward to the journey.”