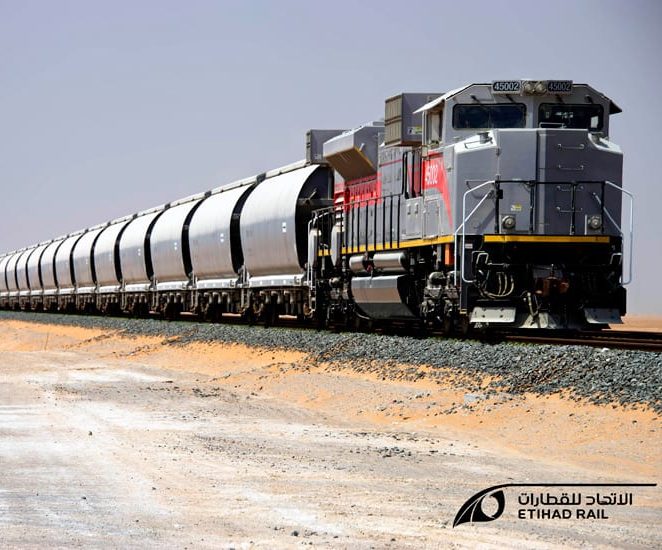 This, will cut out as many as 100,000 truck trips each year, and representing a significant easing on the road networks as well as the environment.

The UAE rail project that stretches over 605 kilometres- from Al Ghuwaifat on the UAE border with Saudi Arabia in the west to the port of Fujairah on the eastern coast- is gathering momentum with its development. Etihad Rail, the developer of the UAE’s national rail network, signed an agreement with quarrying company Stevin Rock to transport construction material from Ras Al Khaimah.

According to Gulfnews, an estimated 3.5 million tonnes of construction material will be carried annually from the Al Ghail quarry in Ras Al Khaimah to Abu Dhabi through 500 annual train trips.

This, in turn, will cut out as many as 100,000 truck trips each year, and representing a significant easing on the road networks as well as the environment.

“By connecting with quarries in the Northern Emirates, Etihad Rail will ensure faster and more cost-effective delivery of construction materials, which in turn, we continue to deliver on our commitment to contribute to the reduction of carbon emissions by decreasing truck movement on the roads,” said Shadi Malak, CEO of Etihad Rail.

Future shipments will be routed from the Al Ghail facility, which is part of the freight hubs Etihad Rail is developing. The aim is to provide transportation services from the quarries of Ras Al Khaimah and Fujairah to the rest of the UAE.