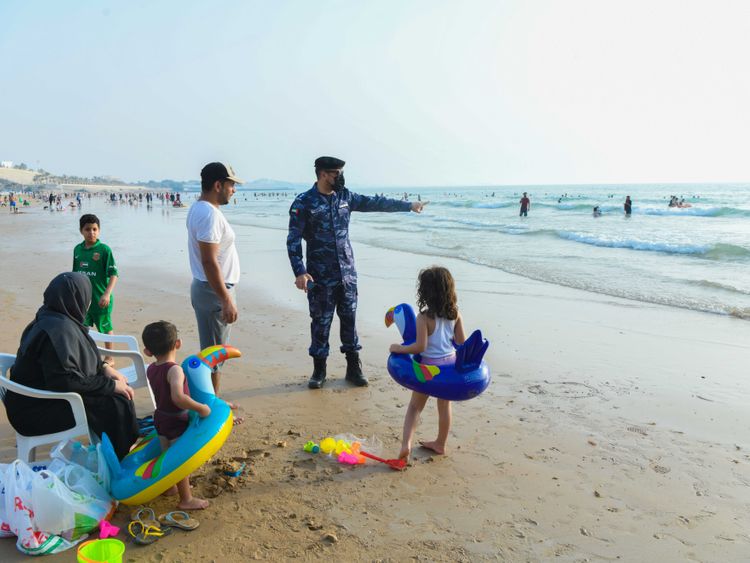 The Police Department of Ras Al Khaimah launched an awareness campaign for visitors and beachgoers to follow safety protocols aimed at preventing incidents of drowning.

The Police Department of Ras Al Khaimah launched an awareness campaign for visitors and beachgoers to follow safety protocols aimed at preventing incidents of drowning.

According to GulfNews, Major Arif Al Harnaki, Director of the Monitoring and Follow-up Branch in the Ports and Airports Police Department in Ras Al Khaimah, indicated that the launch of this campaign comes in light of the keenness of the Ras Al Khaimah Police General Command to raise the level of awareness among community members and beachgoers in light of the increase in the number of visitors to the emirate’s beaches with the onset of the summer season.

Police team have urged beachgoers to monitor their children while at the beach or while swimming and to make sure that they wear life jackets and never swim beyond the designated areas that have been marked for safe-swimming.

Police teams also explained to the visitors the state of waves and currents that pose a danger to swimmers. RAK Police said beachgoers expressed their thanks and gratitude to RAK Police for organising such targeted educational and awareness campaigns.

Major Al Harnaki stated that this campaign will continue throughout the months of the current summer season, to include all the beaches of the emirate in order to reach the largest possible number of beachgoers and spread knowledge among them, stressing the importance of parents’ cooperation in the success of the campaign and to ensure that children are monitored at all times.